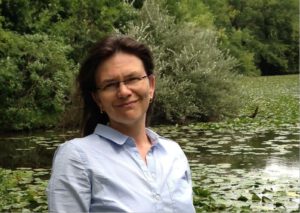 Title: New Structures in Gravitational Radiation
Abstract: Gravitational waves are transporting information from faraway regions of the Universe. A new era began with the first detection of gravitational waves by Advanced LIGO in September 2015, and since then several events have been recorded by the LIGO/VIRGO collaboration. New challenges await us to unravel the interesting interplay between physics, astrophysics and mathematics. Most studies so far have been devoted to sources like binary black hole mergers or neutron star mergers, or generally to sources that are stationary outside of a compact set. We describe these systems by asymptotically-flat manifolds solving the Einstein equations. These sources have in common that far away their gravitational field decays fast enough towards Minkowski spacetime. In particular, far away from the source, the decay behavior can be described by a term that is homogeneous of degree -1 and lower order terms. I will present new results on gravitational radiation for sources that are not stationary outside of a compact set, but whose gravitational fields decay more slowly towards infinity. A panorama of new gravitational effects opens up when delving deeper into these more general spacetimes. In particular, whereas the former sources produce memory effects that are of purely electric parity (permanent displacement only), the latter in addition generate memory of magnetic type, thus allowing for rotation in the system. These new effects emerge naturally from the Einstein equations.

Title: Initial data rigidity results
Abstract: We present several rigidity results for initial data sets motivated by the positive mass theorem. An important step in our proofs is to establish conditions that ensure that a marginally outer trapped surface is “weakly outermost”. A rigidity result for Riemannian manifolds with a lower bound on their scalar curvature is included as a special case. Relevant background on marginally outer trapped surfaces will be discussed. This talk is based on joint work with Michael Eichmair and Abraão Mendes.

Title: On highly anisotropic big bang singularities.
Abstract: In cosmology, the universe is typically modelled by spatially homogeneous and isotropic solutions to Einstein’s equations. However, for large classes of matter models, such solutions are unstable in the direction of the singularity. For this reason, it is of interest to study the anisotropic setting.
The purpose of the talk is to describe a framework for studying highly anisotropic singularities. In particular, for analysing the asymptotics of solutions to linear systems of wave equations on the corresponding backgrounds and deducing information concerning the geometry.
The talk will begin with an overview of existing results. This will serve as a background and motivation for the problem considered, but also as a justification for the assumptions defining the framework we develop.
Following this overview, the talk will conclude with a rough description of the results.

Any cookies that may not be particularly necessary for the website to function. Here, we use them to store preferences and your log-in info to the website.